In a workshop on “phenomenological videography”, which took place on the 9th of March 2017 at HU Berlin, Department of General Education and Philosophy of Education, we explored the practice and theory of pedagogical attentiveness. We discussed different theories of attentiveness (mindfulness, awareness, ethics of attentiveness) and made them fruitful for pedagogical contexts. Starting from a theory of inter-attentionality, which we developed in our videographical research Berlin, aspects of phenomenological and videographical methodology were presented and discussed (Pedagogical-Phenomenological Videography, Embodiment and Learning).

From an etymological perspective, the German word for attentiveness (Achtsamkeit) is related to the verb “to esteem” (achten) and the nouns “respect” and “attention” (Schätzen, Beachtung, Aufmerksamkeit). There are three different levels of meaning: a) “to deem sth as …” (dafürhalten, erachten); b) “to consider sth” (beachten); c) “to pay attention to sth” (acht geben). As a contrary meaning to these terms, we also find the word “despise” (verachten). Being attentive thus means to be careful and to consider something with full attentiveness (http://woerterbuchnetz.de/DWB/?sigle=DWB&mode=Vernetzung&lemid=GA01898#XGA01898).

Attentiveness is an abstract concept, not a phenomenon. It can become a phenomenon, however, if we transfer it into a concrete form of practice. Then we can differentiate various practices of attentiveness: looking closely at sth, listening to sth, turning to sth or someone, encouraging someone and – in the horizon of negativity – to keep someone from doing sth and to restrict someone.
Attentiveness is an ambivalent, embodied practice of being open towards the world in the mode of “releasement” or “calm composure” (Gelassenheit, Heidegger). From a pedagogical perspective it is a normative practice, which is directed towards the Other. These practices of attentiveness can be described in a qualitative way and can be captured videographically, as they are related to embodied interactions (Verkörperungen) – at least this was our thesis.

In the following data session, we analysed video data from our research project research project and tried to relate the outcomes of the analysis to a theory and practice of pedagogical attentiveness. 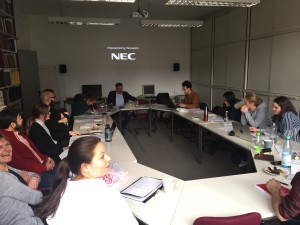 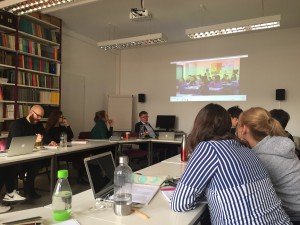 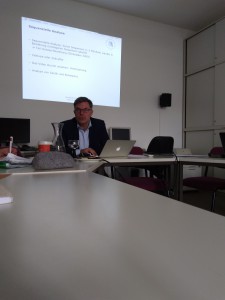 Contemplative Phenomenology Workshop: The Experience of the Present Moment

Thank you Denis Francesconi for the following event information:

The Mind and Life Institute supports the Contemplative Phenomenology Workshop.

Participants will have the chance to probe, with the help of a team of specialists from Europe and beyond, into various aspects of first-person inquiry, especially those that are relevant for contemplative disciplines: Philosophical phenomenology and lived experience, Cross-interactions between contemplative approaches and empirical first-person approaches, and Buddhist phenomenology.

The workshop is presented by Michel Bitbol, Natalie Depraz and Claire Petitmengin and it will take place in Nemours, France, on 12-16 June 2017.

(sorry, this article is only available in German as it refers to an interview in German language)

Workshop on Phenomenological Videography in China

Sales Rödel and Malte Brinkmann present the concept of Pedagogical-Phenomenological Videography at a workshop in the context of the 3rd Sino-Germany Dialogue on Didactic at the East China Normal University in Shanghai.

Im the context of a long-standing cooperation between the ECNU and the Humboldt-University of Berlin, the first center for videographical classroom research will soon be established. We are looking forward to the continual intercultural exchange with our Chinese colleagues. 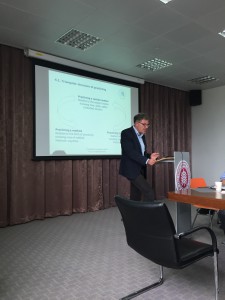 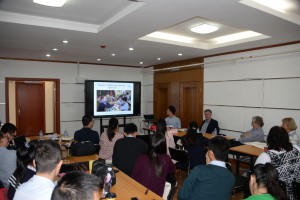